My quiet beach town here in Mexico swelled in size over the recent Easter holidays. Unlike back home, it seems that most of this country has an entire week off school and work — both kids and parents. It’s a week of collective holidays, and the take that proposition seriously. The local Mexicans use this sweet little beach town as the primo destination for their holidays. An unofficial mass evacuation took effect in Guadalajara two weeks ago, and the enthusiasm city-dwellers had to get to the beach created roads swollen with traffic. The locals pointed their cars and camper-vans ever westward, driving until they heard the rough waves of the Pacific Ocean. They wove through their traffic until their children squealed with glee at the miles of sand and sunshine on San Pancho beach. San Pancho — formally known as San Francisco, Nayarit — morphed into family-style spring break craziness. And it’s the family aspect that surprised me the most. There was a good deal of partying on the beach that week. So, so much. But the beach parties had a different vibe than the wild and crazy fervor that spring break brings to the masses in the United States. Instead, many of the groups were friend-units; friends from the city gathered their children, supplies, and a good attitude and camped together for several days during Semana Santa, the Holy Week before Easter.

In nearby Guatemala, the Semana Santa festivities include enormous processions and intricate flower carpets, which I visited three years ago. Here however, the country is equally Catholic, but none of those processions and religious festivities took place. Instead, the Mexicans erected temporary campsites on up and down the coast. They stocked their coolers with drinks and food. And they then spent the a week in pure relaxation.

Walls of tents and make-shift camps lined the top of the beach. Rainbows of umbrellas and shady palapas blanketed the shoreline.

Children roamed freely, self-sustained and moving like schools of fish down the beach. Some chased balls. Others played volleyball. Still others were content to create sand castles and make angels in the soft, warm sand.

Meanwhile, the adults made merry throughout the day with beach tacos and cervezas. Wandering the hundreds of makeshift camps triggered overwhelming memories of the summer breaks from my childhood. My brothers and I spent our school breaks spent moving through the Florida Keys in a pack 10 kids strong. Although my family boasts just five kids total, (I have four older brothers), my mom’s best friend also had five kids (and in the same girl-boy ratio, much to my eternal sadness).

Our two families packed the camper, loaded into our cars sardine-style, seven to a car — this was pre-seatbelt era. And once we hit the turquoise waters of the Keys and pulled into Bahia Honda State Park, the adults surrendered control. They set up camp and fed us meals, but we spent one glorious week every summer in pure freedom.

I often forgot those moments now, as I pursue different joys and rarely have cause to look back on those days. But while walking the beach here in Mexico, I felt that same joyous freedom pouring from the packs of roaming children. It’s a happy feeling to see their joy and remember what it was like to be carefree and with few worries besides which game to play next.

Although the town was overrun, and it could have been overwhelming, I loved the activity and the new element that descended on the town. I spent many days trying new festival foods and marveling at how many people could wedge themselves into such a small area of beach. I let go of my inner Grinch. I cast away my curmudgeonly “get off my lawn” tendencies, and I struck up conversations with the tent-camp inhabitants. I photographed their pets. I kicked balls with their children. 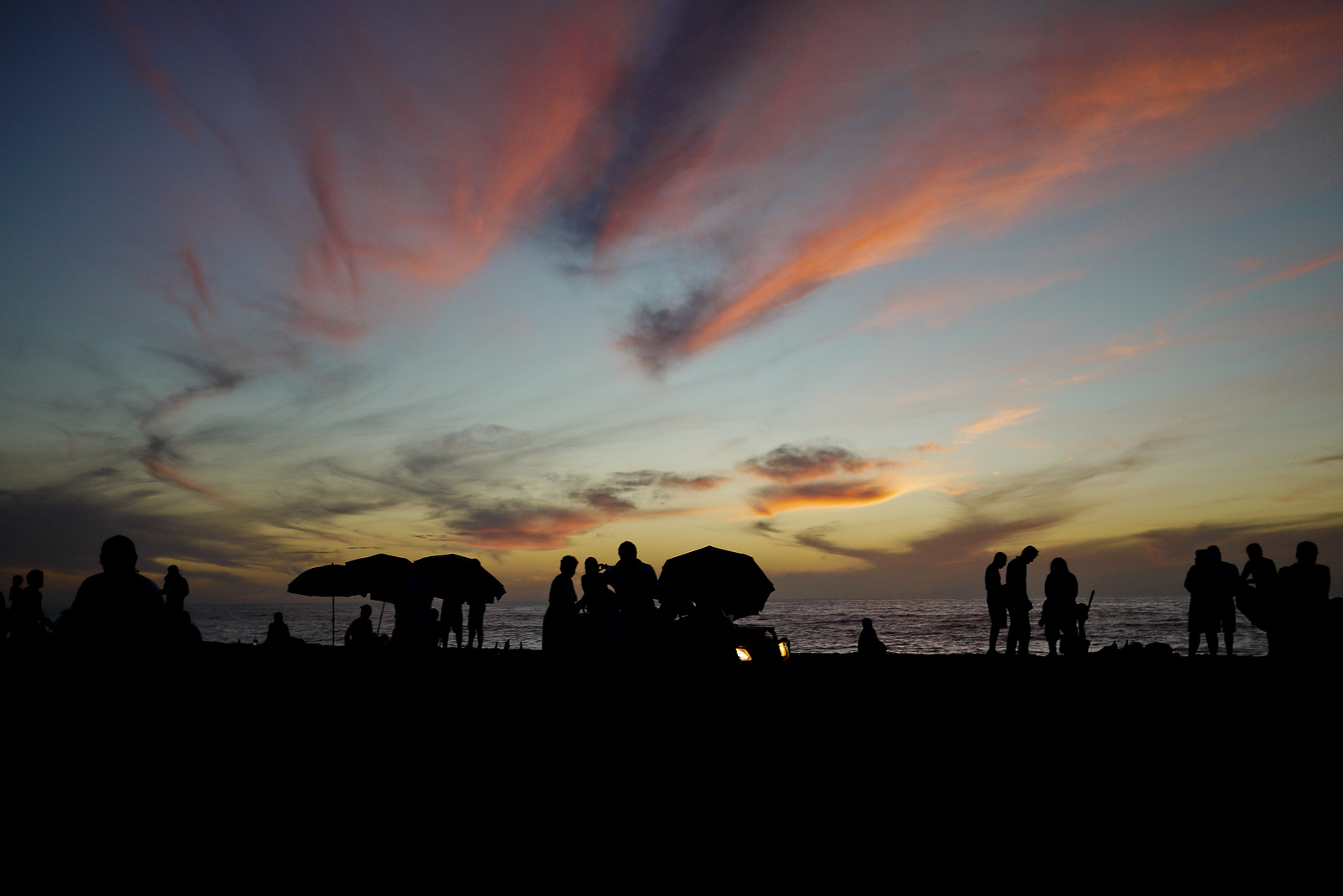 I rarely stop and slow down from the work and travel pace. It seems a tad crazy to admit that my travels and work create a frenetic pace that never quite feels like vacation. But with Semana Santa festivities taking up every ounce of free space in our town, I had no choice but to embrace the art of relaxation and find a way to enjoy this mad dash for sunshine and fun.

And as I left the beach on the last day of Semana Santa craziness, I raised my gaze to the half a dozen kites tenuously tethered to the ground. I tuned into the shrieks and shouts of beach game funsies emanating from children and adults. I remembered that sometimes it really is okay to channel my inner child and let go — even if just for a few days.

I lived in San Pancho for five months. This post shares my cost of living for this sweet beach town. If you’re thinking of visiting during Semana Santa, you should book very far in advance as this town is a hotspot of activities for locals and tourists alike.

Where to Stay: There are three tiers, try the Hostel San Pancho if you don’t mind a shared-dorm; this is the most affordable option in town. Above the hostel is an affordable, very nice guesthouse called Refugio de Sol. Or Roberto’s Bungalows is boutique and just great — Earl and his wife run this place and they are two of my favorite people in San Pancho.

If you’re in nearby Sayulita, consider the Aurinko Bungalows or Casa Pia as midrange options and then daytrip over to San Pancho. You could also look into Villas Vista Suites as a nice base.

What to Read: Read The People’s Guide to Mexico, this is hands-down the best guidebook you should use to understand the various regions, the cultural quirks, and all the reasons Mexico is a fantastic place to travel and live.

16 thoughts on “A Little Reflection… On Beach Days, Sunshine, and Childhood Reminiscences”