After eight months of traveling the world, this trip is taking a toll. It’s a mental toll for sure, but physically too. Over the months, I’ve carried small bottles of nail polish and other small luxury items. But with six days in a rental cottage on a Croatian island in the middle of the Adriatic, it’s time for pampering.

And even though Jenn joined the trip just two weeks ago, she is always down for a girly day and greeted the idea with great enthusiasm. It’s been good fun to have a close friend on the trip. We’ve not seen each other since I left Los Angeles eight months earlier. I’ve missed having friends around. And so our girly day was about more than grooming, it was also about making the best of the rainy days to still bond and have fun while I had a friend visiting me on my round the world trip. And so we went all out with home-made manicures and pedicures using things from nature, and a haircut at the local salon on the island. 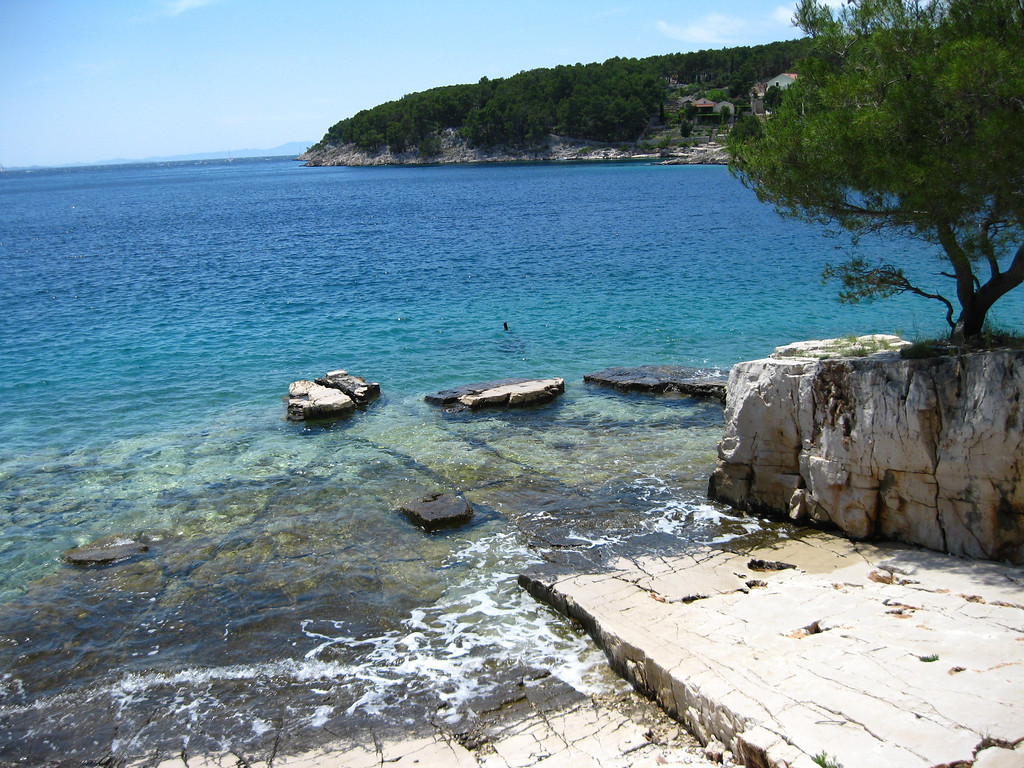 In the tiny town of Hongsa, Laos, I had a haircut for the rock-bottom price of a mere 50 cents. It was in Hongsa that I faced down the worst illness of my life. But there were good moments in Laos too. And it was at a tiny salon in Hongsa that a kind woman who spoke zero English snipped my ends.

It was not a good haircut, but it was a haircut. I had been so desperate for a trim that I sought out the local Laotian lady who offered 60-cent scalp massages. My guesthouse recommended that she could likely snip my ends too, and not knowing what to expect, I successfully pantomimed to her for a haircut. At that point, she combed my hair onto my back and cut my hair in a straight line across my back, all for the princely sum of just 3,000 Laos kip.

Four months later, and my hair was looking tattered and battered. This is where Magda enters the story. She is the local hair stylist in Milna, Croatia. My cousin needed her hair thinned as we moved into summer in Europe, and I needed shape and style, and even Jenn was game for a trim.

Magda was quite the character. My cousin went first and Magda thinned out more hair thinned off than I possess on my entire head. But my cousin looked great, so I hopped into the chair next. Magda frowned deeply at my terrible hairstyle and enthusiastically began to add personality to the cut. She shortened it, and added weird, funky long pieces.  Jenn’s trim was  quick, and Magda raved over Jenn’s long locks.

Throughout our stylings, half of the town popped into the salon for a quick chat. Magda was hilariously animated as she greeted everyone and chatted, all the while her scissors snipped and cut.

Once our hair looked fabulous, we bought fixings for dinner and returned to the cottage to finagle pedicures. This is where the day had to get creative.

Brać is known for its lavender and this would form the base of our soaks. We boiled hot water, added a splash of our hippy all-natural soap, and then floated a few sprigs of lavender — we had the whole cottage smelling like an aromatic and delightful five-star spa.

Then we just needed an exfoliator. And that was tougher. I pack lightly and I don’t travel with a pumice stone (funnily enough). We were at a loss until we thought of something genius—rocks!

My cousin headed out front and returned with three rocks.

Perfect. Jenn was skeptical, but after we soaked and scrubbed, all of us agreed that the rocked worked fabulously well in a pinch. 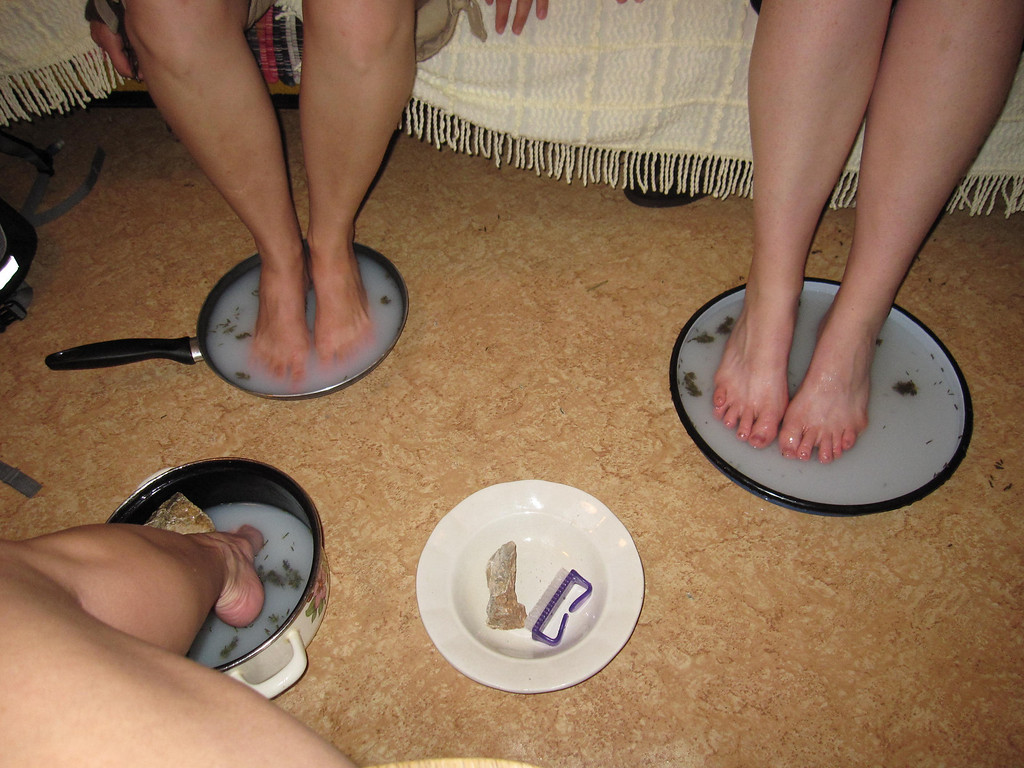 By the end of the day, our feet and toes looked stupendous. We had prepared a tasty dinner, so our bellies were full of yummy food, and our hair looked fabulous thanks to Magda’s creativity and mad skills. The pace of travel has be heading toward travel fatigue, and it was so nice to step back from rapid travel and instead enjoy my friends and the locals, and a slow pace of life on the road.

[box]Planning a Trip to Croatia? Read my full Croatia Travel Guide for details about my favorite national parks, beaches, and cities.[/box]

4 thoughts on “A Little Pampering… DIY Manis, Pedis, and a Haircut to Beat the Rain”