My friends Dave and Deb are two of the most adventurous travelers I’ve met. Before they became long-term travelers blogging at The Planet D, they took and epic bike journey across the length of Africa in the Tour d’Afrique. I’m not the most adventurous of travelers, so I asked them to share a story from their trip that best illustrates the themes they encountered during their time in Sudan.

Famine, war, drought, and suffering—that’s what comes to mind when people hear the word Sudan. It’s been prominent in the news for years; the war in Darfur is a devastating genocide that has caused thousands of deaths and casualties in the country. Before we visited Sudan in 2008, I didn’t know what to expect. I had only seen videos on the news of a desert country with very little infrastructure and people wrapped in headscarves and white linen. Like many others, in the early aughts I learned more of the hardships when George Clooney and Mia Farrow advocating for ending the war. They brought attention to the situation through media. 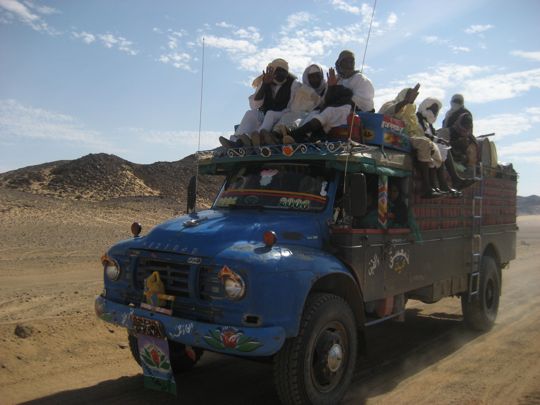 Falling in Love with Sudan 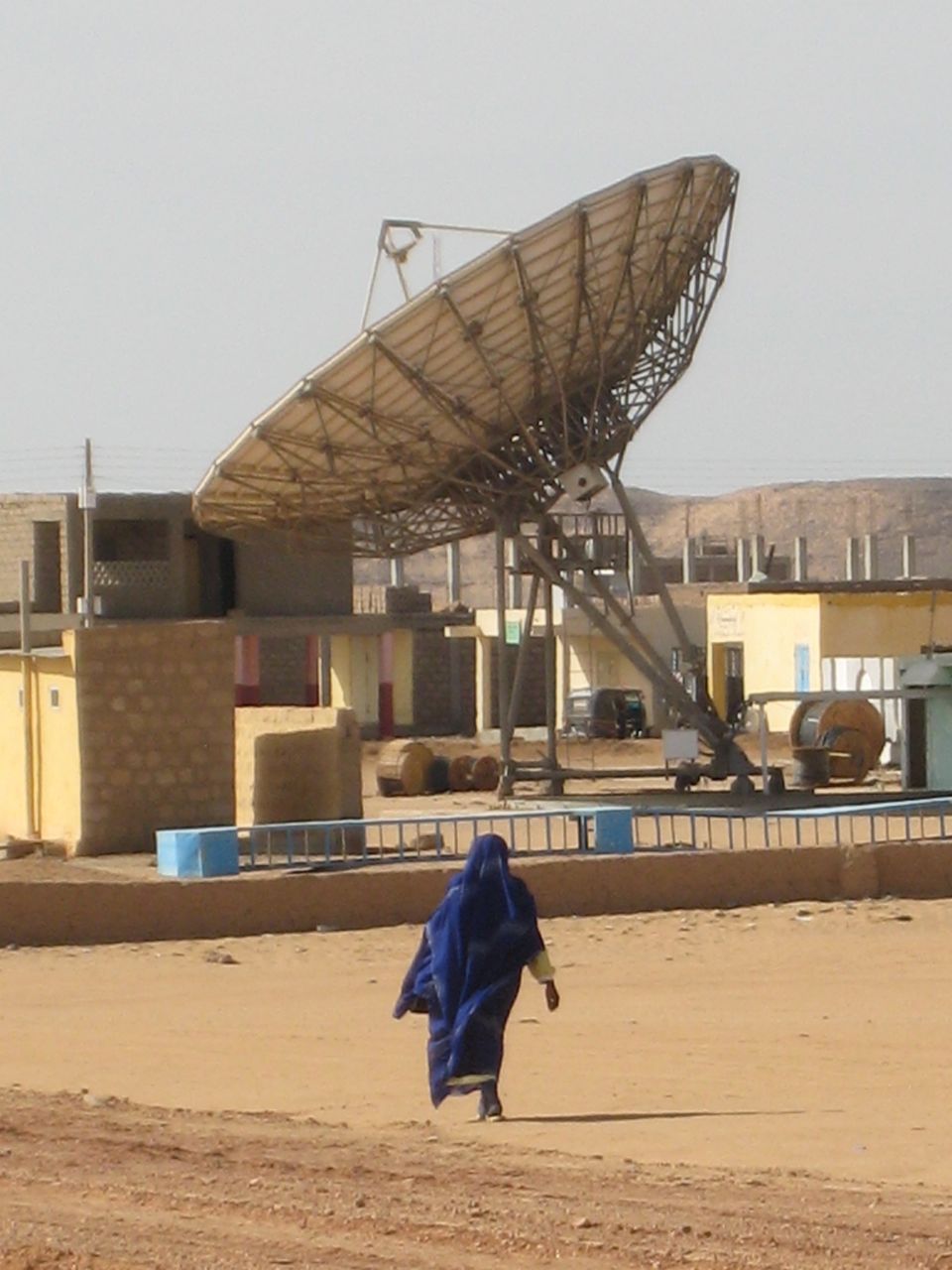 Despite knowing so little of the country before we arrived, it didn’t take us long to fall in love with Sudan.

We had taken the ferry across Lake Nasser from Aswan, Egypt to Wadi Halfa, Sudan. When we stepped off the ship, the energy immediately changed. We didn’t see any main roads or crazy traffic, and no crowds of people swarmed us at customs.

We had entered a land that few have visited, a land even fewer think about. My husband and I were cycling across Africa—through ten countries en route from Cairo to Cape Town—and we had entered the unknown. We had discovered one of the least visited countries on the planet.

Originally, we planned to simply camp overnight and head further south at the crack of dawn. Now, however, those plans had to change: Our support vehicles were delayed at the border and we had an entire unplanned day in Wadi Halfa.

But nobody stays in Wadi Halfa. It is a run down, dusty border town that most travelers quickly exit.

And that’s where the tragedy lies.

Things to Do in Wadi Halfa 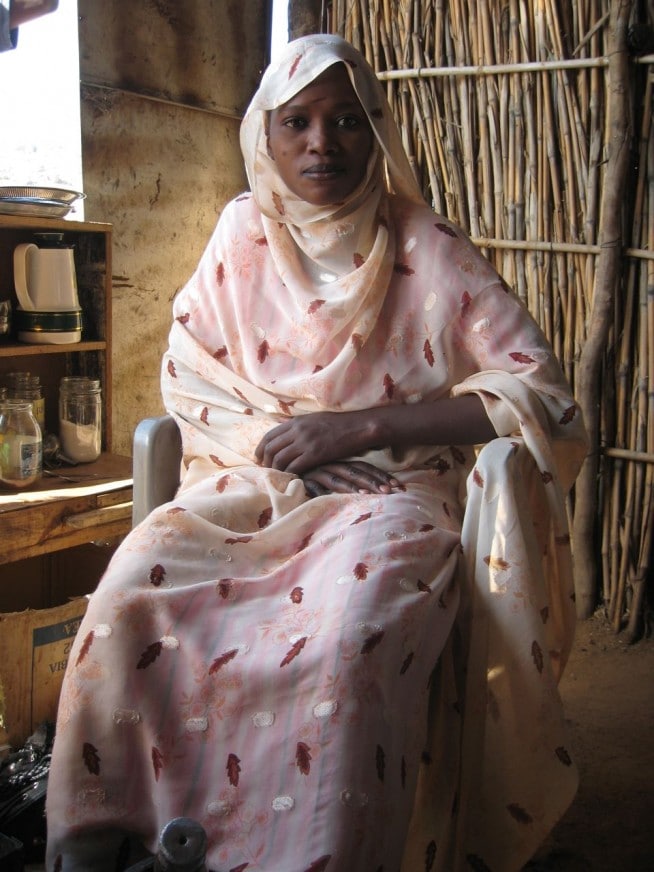 On our first morning, Dave and I sat down at a coffee shop hoping for a cup of tea—it was one of the only things to do in Wadi Halfa. A fellow patron named Abdulla Ahmed immediately greeted us with a warm smile and asked us to eat with him—another popular activity in a small town with just a handful of restaurants. Bowls of spiced beans and pitas multiplied before us as Abdulla talked to us about life, all the while scooping spoonfuls of sugar into our small glasses.

He was a man filled with wisdom and sadness. He shared with us the history of his village—how it was the most green and lush city in all of the Sudan until Egypt built the Aswan Dam. The dam flooded the old city of Wadi Halfa, displacing a staggering 100,000 people. Today, the residents of Wadi Halfa are slowly coming back, and it now has a population of 15,000.  Abdulla used to be a professor in Khartoum, but he has returned to his place of birth and is hoping that it will eventually thrive once again.

On our visit to the town hall, we saw photographs of a happier time in Wadi Halfa. Palm trees lined the city’s streets and grass grew in abundance. Now the town is barren; erosion and loss of nutrients in the soil have made the land dry and inhospitable to the people who had cultivated it for centuries.

The three of us talked for more than two hours, and when we offered to pay, Abdulla refused. He said it was good luck to meet us, and he enjoyed the chance to talk with us since so many travelers rarely take the time for even a cup of tea. Abdulla had very little, but was open to sharing. I will never forget him; a proud man with a possessing a sense of dignity you so rarely find. His eyes contained a multitude of complexities, his clothes were impeccably white, and he commanded attention.

It was people like Abdulla that I saw throughout our time in Sudan. Everyone waved to us with quiet dignity as we passed. They were always smiling and were so very generous. They may not have been able to speak our language—they may not have even understood why crazy foreigners were riding in spandex through the desert!—but whenever they saw us, local Sudanese people beckoned us to stop to say hello. 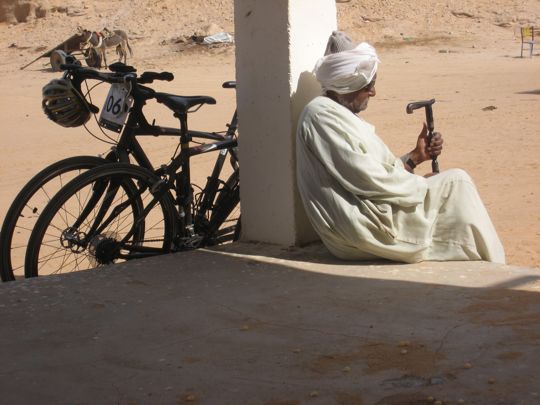 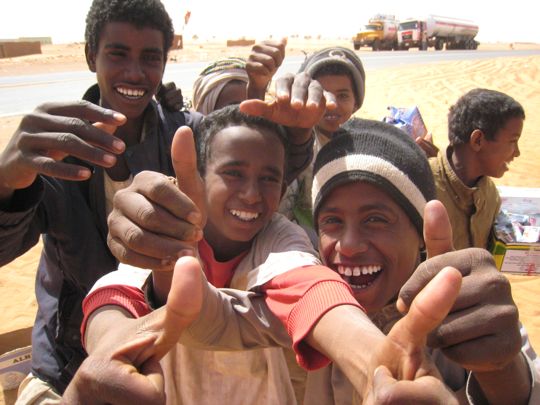 We never saw the conflict that plagues the Sudanese people. We saw a warm and friendly people that talked to us about peace. We saw villages frozen in time, and we saw families and communities living their lives as they have done for centuries.  The only thing that we experienced in the Sudan was kindness and curiosity. It’s a shame to see yet another country that the world has seemingly forgotten.

I believer that tourism help save a country. If people come and a country thrives, what is the need to fight? There are complex layers of conflict in this region, that won’t go away, but if the international community takes notice, then positive change really can happen.

I’m not an advocate and I’m not political—I don’t claim to know the intricate details of peacekeeping and global issues. All I can write is my own experience. From the conversations Dave and I had with the people we met in Sudan, they would like more visitors to experience their culture. They are proud of their country and would love to show it off.

I am saddened, however, whenever I think of Abdulla. He visited us at our camp later that evening after we had shared breakfast. Our trucks had arrived and cycling race would continue the next morning. The next few days were going to be brutal, and we had to change our tires and tune our bikes to handle the deep desert sands.

The sun was setting and Dave and I had very little time to talk. I saw the hurt in Abdulla’s eyes. I wanted to give him the time that he deserved, to repay him for his hospitality and generosity. Yet I did not. He left and tears came to my eyes: Why didn’t I just forget about the tires? I could throw on my headlamp later and finish. Instead, I continued to work. It’s easier than you think to miss the most memorable moments on the road and I live with regret that I didn’t prioritize the connection we had with Abdulla, prioritize the opportunity to share drinks and have one last memorable conversation. 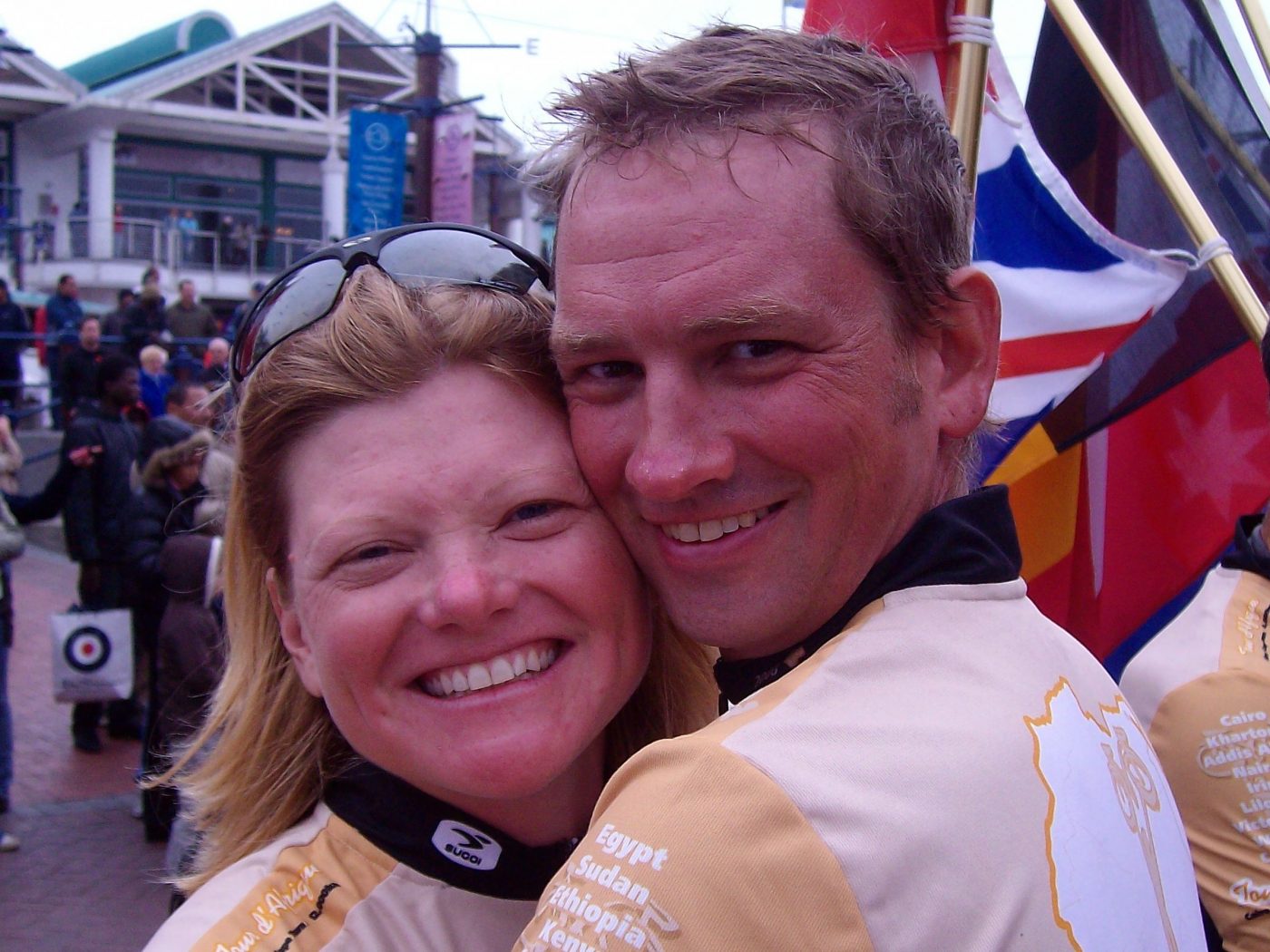 Dave and Deb are an adventure couple from Canada who are always searching for a new way to explore the world. Their goal is to teach people about other ways of life and raise awareness of social issues that different communities face each day. By traveling as a couple, they explore the world with a broad view, seeing it from two different perspectives.

17 thoughts on “A Little Story… An Unexpected Stop in Wadi Halfa, Sudan”