I first met Andy by reading his travel blog. Then we started chatting more on Twitter, so naturally I thought to connect when I passed through his city. I was in Edinburgh for the annual Fringe Festival, a huge highlight on my RTW itinerary, so I sent him an email asking for Fringe show recommendations, and warning him that I fully hoped to meet up for coffee and drinks while I was in town. Before he would send over a list of his recommendations he asked me:

“Fringe can be pretty experimental and risqué, are you ok with nudity and profanity in the name of art, or do you take offense easily?”

Well, after watching his favorites—it’s probably a good thing he warned me!

Edinburgh Fringe is unjuried and entirely experimental for a lot of the Fringe performers. And while I certainly don’t offend easily, the more than a dozen shows I saw ranged from campy but skilled musicals to raw-and-gritty physical theatre—and everything lying between those two extremes.

It’s the creativity that just kills me, I love that no two shows at Fringe were even remotely alike—there was nothing formulaic about it.

Zeitgeist was one of the most compelling shows at Fringe this year. The Zen Zen Zo Physical Theatre Company out of Australia put on a provocative physical performance that mixed Burlesque, Japanese, and Cabaret styles in a contemporary dance piece that had my jaw dropping and laughing in equal measure. Andy wisely suggested I avoid the front-row, and since I try to minimize the number of times I absolutely must wash my clothes, I was glad not to have saliva and chocolate hurled in my direction.

And then in an entirely opposite direction from the intensity of Zeitgeist was Bloodbath the Musical. This fell a lot more into the “campy” category and was a guilty pleasure. The show centers on a cliché high school murder storyline and the main quartet of cheerleaders prance around the stage in various stages of undress. But it was so thoroughly entertaining. And the sing 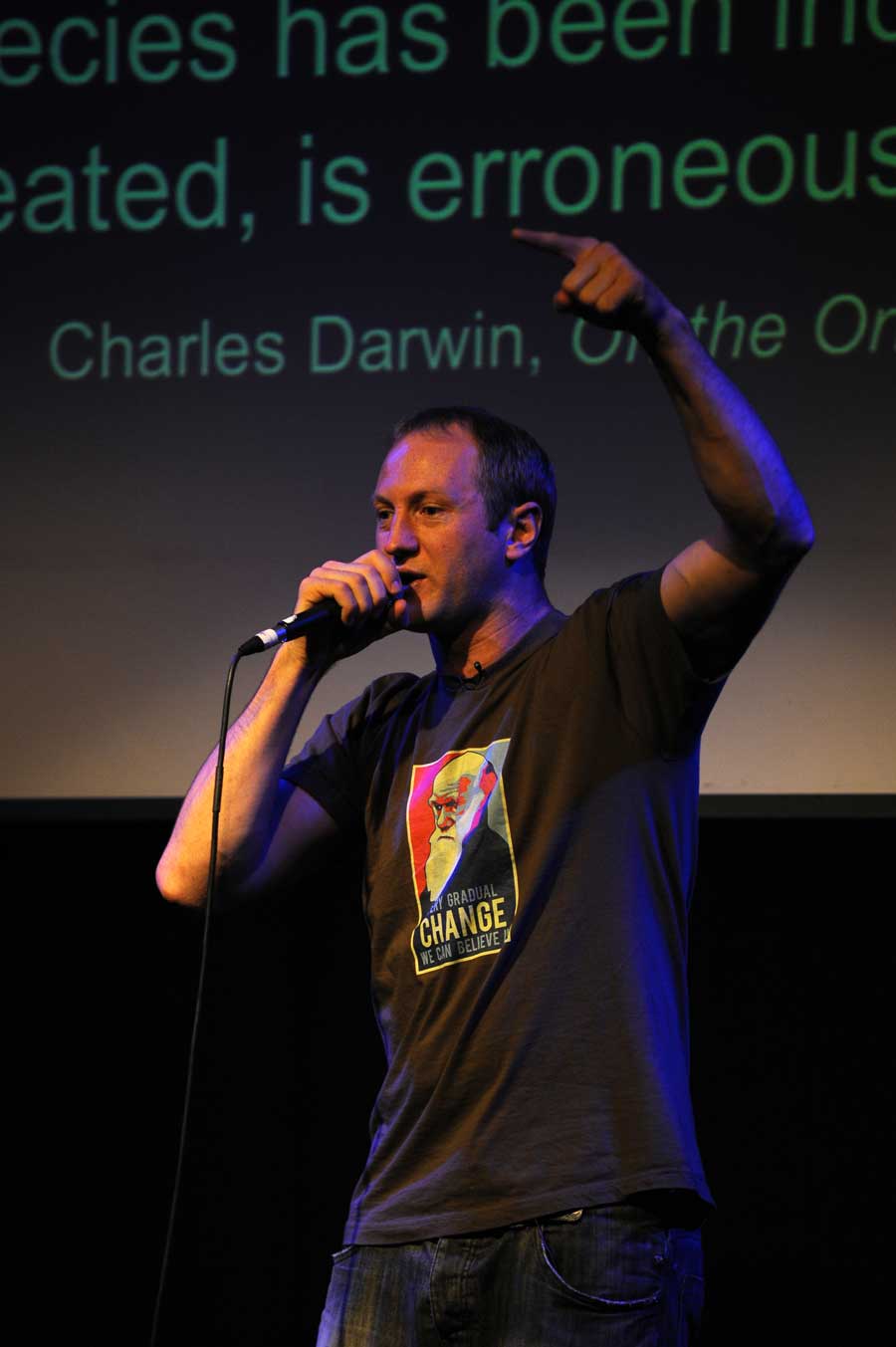 ing was fantastic. I deeply wish they had sold CDs of the show instead of t-shirts because Andy and I both agreed: We couldn’t have resisted. If you have a special place in your heart for showtunes (I admit, I do) then google the “Serve and Protect” song—it only plays in certain regions of the world, but it makes me smile now just as it did then. :-)

I feel like I could just gush about the majority of the shows that I saw, but another notable performance was Baba Brinkman in the Rap Guide to Evolution. Brinkman is a self-proclaimed rap troubadour and I was blown away that he managed to make an hour of listening to Darwin’s Theory of Evolution interesting . . . and not just interesting, compelling and riveting. He drew parallels between the rap world and evolution comparing a rap artist’s “bling” to the extravagant fan of a peacock’s plumage.

Call me a nerd, but I thought it rad that he covered such a high-brow topic in an entirely palatable and thoroughly enjoyable performance! Brinkman touring in the UK and the US; it’s worth checking out an event if he’s touring near you. :-) 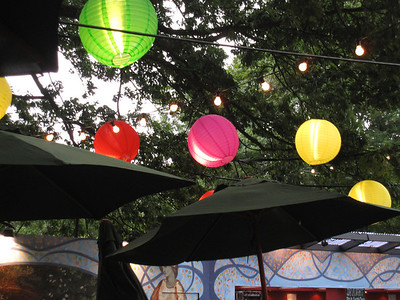 The dance and musicals shows were just so much fun, but another notable one included Ernest and the Pale Moon, a dark show infusing Hitchcock and Poe. I tagged along with Andy for this one and we both thoroughly enjoyed the amazingly simplistic and functional set-design accompanying the eerie live accordion music and engrossingly macabre story.

I’ll leave you with that! Those were my favorites—the best that I saw at Fringe 2009. There is a very real chance that I will come back to Fringe again in the next year or two because I was so thoroughly in my element; Edinburgh beats with the pulse of thousands of performers and artists for an entire month, that’s a temptation I may have to indulge in again!