Florence is a gorgeous city, one of my new favorites in the world. With the Tuscan countryside begging for bike rides and wine tours, art history breathing in every corner, and delicious food, I thoroughly loved the week we spent exploring the city. But it’s time to move onward and continue this trip. No round the world trip can happen if you stay in one spot, and so we chose one other area of Italy to explore. Since my cousin and I had visited the classic iconic spots on past trips, we all decided to head deep into the center of Italy, to the heart.

Jenn’s uncle had raved about Assisi, he told stories of gorgeous countryside and a warm welcome from locals, and that was enough of an incentive for us to head straight for this small Italian city.

The Italian train system works well and it’s convenient to rely almost entirely on trains to navigate Italy. Unlike buses, trains forgo highways and instead dissect the remote and untouched areas of the country, affording spectacular views. Just a few hours after leaving Florence, the train coasted to a stop at a tiny train station surrounded by wheat fields. In the distance, we spotted the glittering walls of Assisi, a city perched on the hillside and presiding over the rolling wheat fields. Then, it was time to walk to our hostel.

Our hostel was nothing to write home about. The reviews online were highly polarized and although we were a bit nervous about what to expect, frankly, Ostello della Pace is the only budget place in Assisi. Had a budget place like Bed and Breakfast A Casa delle Fate existed on this trip, we would have stayed there—it looks just a bit toward mid-range budget, but is clean and convenient. If you’re traveling solo, or on a mega budget, however, the hostel suffices, but that’s the most I will say about it. An older woman owns the place and she runs it in the mornings—she doesn’t seem to enjoy the hospitality industry and was downright rude in a few interactions. That said, the young woman running the reception in the evenings is sweet and the place is exceedingly clean. 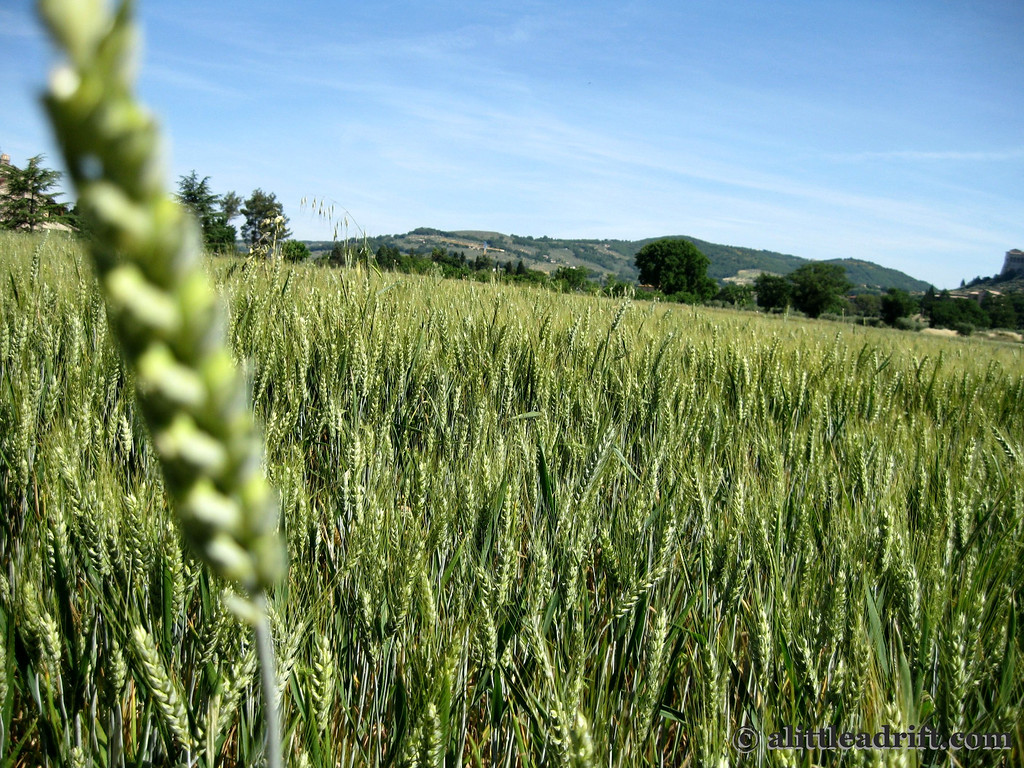 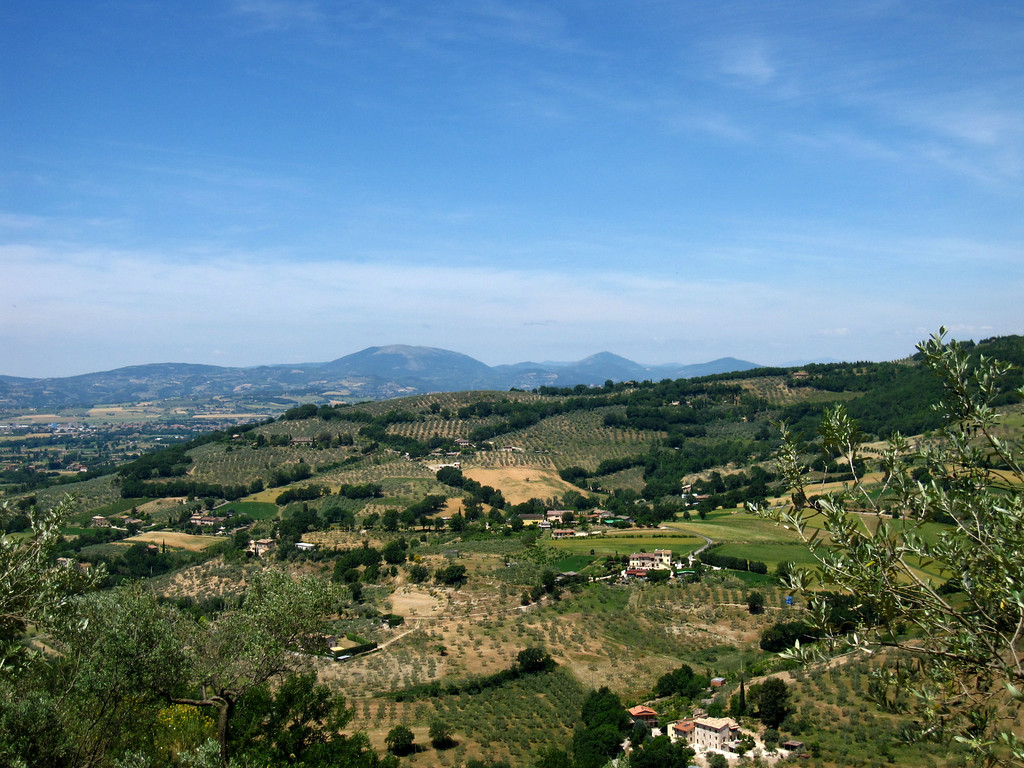 Anyhow, refusing to let the hostel dampen our spirits, we took a short walk into the city center. The walk is beautiful. The path snakes through golden wheat fields that gently sway in the breeze far into the horizon. As a city, Assisi is significant in the Catholic faith, and the crowning jewel is the Basilica of Saint Francis. Saint Francis is the patron saint of animals and founder of the Franciscan friars. While I am not Catholic, my grandmother ensured that I have a good foundational knowledge. This served me well as I learned more about Saint Francis of Assisi, his life and actions.

Rocca Maggiore is a massive fortress more than 800 years old. Constructed in 1316, the fortress presides over the city. Sitting on the highest hill in the region, the walls are still in good condition and it’s a focal point from anywhere lower in the valley.

And while the fortress is a must-visit, Saint Francis’ Basilica is the highlight of an visit to Assisi. The detail and architecture in this UNESCO World Heritage Site is gorgeous inside and out. Inside, the spectacular ceilings have a dark, intricate design offset with diamond-shaped ceiling beams. Pope Gregory IX laid the first stone in 1228, and the entire church is built directly into the hillside. For this reason, there is both an Upper and Lower portion of the church, and both contain gorgeous frescoes and intricate artwork from many eras of Italian art. Photos are forbidden inside, so these two are WikiCommons photos. 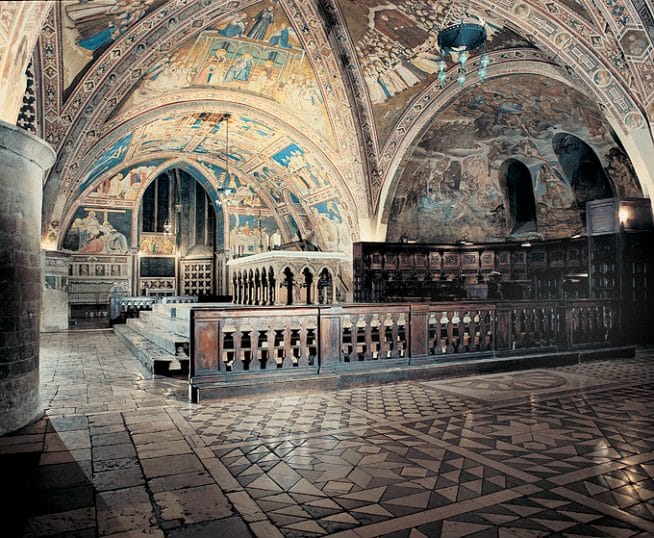 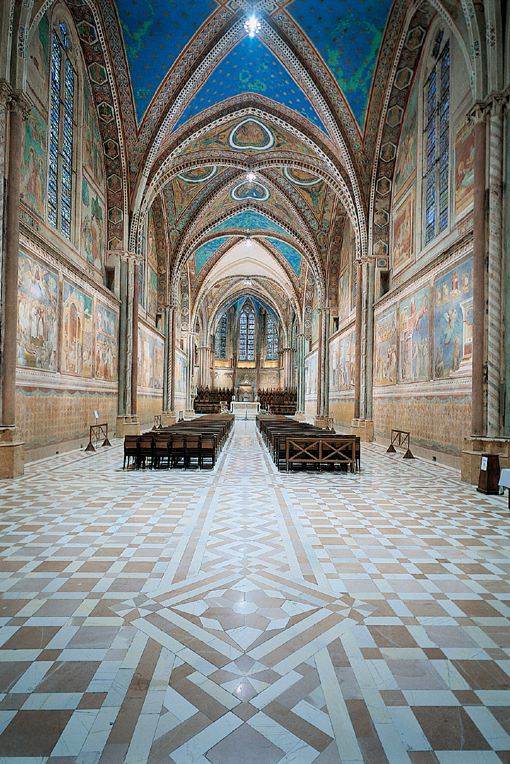 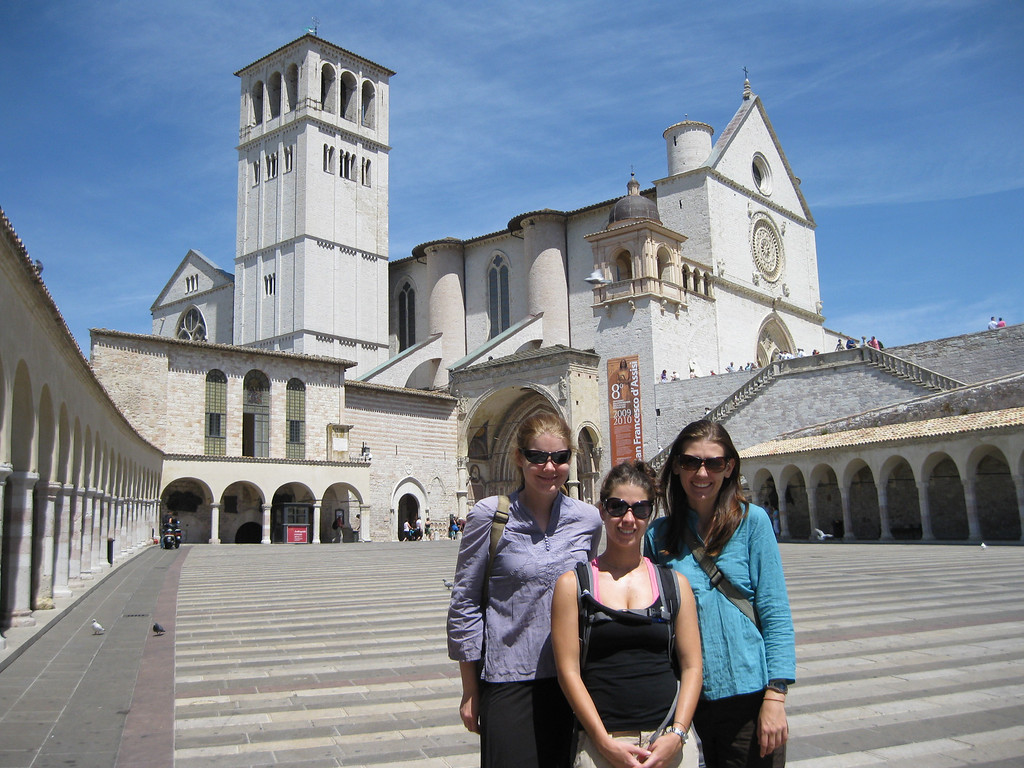 Jenn, my cousin, and I wandered the cobbled streets for the entire day. At one point, we were royally lost. We had somehow left the city and walked for 45 minutes around the lower city walls. Eventually, we found a small unmarked trail that lead to the Fortress. We had all assumed that this path — filled with underbrush and no signposts — would lead us back into the city.

Somehow, we had truly trapped ourselves outside of the city’s tall walls. The only way we found back into Assisi was to follow the highway to a small, quaint arched entrance that had clearly served as a primary entrance for hundreds of years. We hunted down sweets as a snack once we reached the city center once agian.

On the whole, Assisi is a charming city on every level. The unique religious history is just one reason to visit, it’s also simply lovely. Tiny streets wind along the hillside, passing houses with windowsill flower boxed bursting with bright red, brilliant pink, a riot of spring colors.

The calm and relaxed vibe means that Assisi seems to draw older tourists and those on bus tours across Italy. For that reason, it’s not on the backpacker circuit. That is both refreshing as a change of pace, but also a bit pricier than cities with ample budget accommodation and food options. It was the perfect stop between Florence and our next misadventure in transportation, taking the ferry from Ancona to Split, Croatia — but that’s a story for another day.