Australia has been built for travel and tourism and is thus incredibly popular with travelers all over the world. The backpacker culture is particular well developed because Europeans and Israelis can easily get a year work visa.

Australia is nearly as big as the continental US and has incredibly disparate landscapes; you can participate in nearly any type of adventure and fun activity: world-class diving, climbing, hiking, sky-diving, wine tastings, bush walks, camping and surfing are just a sampling of the sheer diversity in Oz. The culture is super-laid back, locals are friendly, and the backpacker community is warmly embracing of both newbies and old-hat travelers alike.

Vegetarian Friendly? Absolutely. No problem for vegetarians here, Australia even has a deep fried version of a veggie burger that I’ve never had anywhere else (breaded cheese and spinach). Fruit is plentiful and the hostel breakfasts offered throughout the country even have some great protein options to get the day off to a good start: toast with peanut butter or vegemite.  Eating out can get pricey so you’ll be cooking yourself a lot of meals at the well-stocked hostel kitchens anyway!

Internet Accessibility: Australia only gets three out of five because internet was expensive. Like, seriously pricey because of the Telstra monopoly. Many of the tour booking agencies will offer a bit of free internet if you’ve booked with them. McDonalds was also just starting to offer widespread free WIFI as I was leaving – this will be a life-saver since there are still small towns that had no internet access except the local libraries. Many hostels offer it, particularly on the major backpacker route between Cairns and Sydney, but other than that it can be unexpectedly tricky.

Transportation: This is a non-issue in Australia; anywhere you want to go, you can get there easily. The Greyhound bus is a great option. There is a bit of a train network as well in some areas. Also, a lot of backpackers rent vans and travel the country that way so you can frequently just catch a ride between cities if they’re heading in the same direction! It’s reasonably priced and simple – in addition to all of the public options the organized tour industry is incredibly prevalent and that’s a viable route too.

From the best travel gear to how to pick travel insurance—a detailed list of resources, tips, and advice to help you plan an amazing trip.

Check out my recommended books, music, and movies to inspire and learn about Australia—why not grab one and read it on the plane?!

Australia (FILM): Runs toward the typical Hollywood fare, but well acted and again, will show some of the previous conflicts and politics that shaped modern Australia…old told with a romantic Hugh Jackman-y sub-plot and engaging story..

Rabbit-Proof Fence Novel (FILM): Every traveler should see this moving film either before heading to Australia, or while your traveling through the country. The story centers on Australia’s Stolen Generation and the controversial aboriginal policies in the 1930s that took mixed-raced aboriginal children from their parents for “re-education.”

The Harp in the South by Ruth Parks: An older book that gives a look at a growing and struggling Australia when the country was first being developed. Shows a side of Sydney, and Australia, that is only an echo now.

If you can’t read any of these travel book recommendations then read up on the history of Australia online before you travel there.

Considered a backpacker’s bible by many, the Lonely Planet Australia is a beast of a book, but worth its weight in gold if you’re truly exploring the entire country. The transportation sections of the guidebook comes in handy the most on the road, giving you detailed options on how to cross the vast expanses of Australia!

Best Things to Do in Australia

Boy is this a hard thing to pin down! There are so many things to do across the continent of Australia that there is no single online guide that is going to share everything you need to know. But, across my more than four months traveling in Australia (two months backpacking and two months “living” there with a friend), I’ve seen and done a whole lot that I am keen to share.

My 5 Favorite Travel Experiences in Australia

Diving with the Fishies on the Great Barrier Reef
Fun Melbourne Day Trips
Hiking the Giant Staircase in the Blue Mountains Outside of Sydney
Holy Kangaroos Batman!
First Days sightseeing in Sydney

Cairns is the center of the diving universe in Australia—this the Mecca for divers and snorkelers keen to explore the Great Barrier Reef. There are other cities where you can dive (Port Douglas most notably and the Whitsunday Islands too). The city is vibrant with activity and located in the far north of Queensland.

There is city is generally the end/beginning of the popular Cairns to Sydney backpacker route and with that title has a ton of activities, even though diving and snorkeling take the top honors and focus of tourism in this city. Most of the backpacker and travel activity is built up around the esplanade and huge lagoon swimming pool.

Things to Do in Cairns

Where to Stay in Cairns

Northern Greenhouse: 117 Grafton Street, Cairns 4870. A great spot, totally walkable to the Esplanade and all of the popular bars and activities. All of the dive shops and tour agencies will pick you up from outside. They have internet, free breakfast, luggage storage and they pick you up from the airport. Fun organized activities (BBQ) but yet not a total party hostel, so you can get a good night’s sleep.

The Woolshed: 24 Shields St, Cairns QLD 4870. They have special fixed price backpacker meals early in the night, then crazy amounts of partying as the evening wears on. A really fun spot to meet other backpackers!

Hostel kitchen: Australia is expensive and most hostels have a kitchen (Northern Greenhouse has a HUGE one) so I cooked my own dinner and saved my dough to go out for beers later in the evenings.

Melbourne is the red-headed stepchild of the cities in Australia; while Sydney is very pretty and yuppy Melbourne has a much edgier and alternative vibe. It has a lot to offer as far as big cities go and is actually a favorite big-city travel spot from all of the cities I’ve visited around the world.

It’s easy to get around on the buses and trams to nearly any part of the city, so transportation, once you’re in Melbourne, is not an issue at all. The Internet can be a problem and expensive, so you have to stay at a hostel with wifi if you need it for work.

Things to Do in Melbourne

I did not rent a campervan or car so day trips were the best way to catch these sites around Melbourne!

Melbourne is a huge city. It really depends on where you stay, but head to the CBD for the little cafes popping out into the streets.

Sydney was my absolute first stop of my round the world trip and I was still taking off my travel training wheels as I explored the city. It’s a pretty city with a huge backpacking community – this is a hub for backpackers with working visas who are trying to save up money to travel around Australia.

That means there is a lively nightlife and all of the hostels have long-term backpackers living right out of the rooms. The transportation is fantastic and can get you all over to anywhere a tourist might possibly want to visit.

Things to Do in Sydney

Blue Parrot Hostel: Located in Potts Point, this hostel is just outside of the sketchier area by a block or two, but still close to all of the backpacker action in Kings Cross. There were a lot of people living in the hostel (which makes the rooms stinky) but they had nice community areas and gave great tips and recs for the city.

My very first round the world trip way back in 2008 started in Sydney, Australia. My travel stories, however span that trip, as well as subsequent trips back to the country to explore areas that I missed the first time around. Each Australia travel story and update was shared in real-time as I travel blogged my way around Oz. Pick up the adventure wherever you fancy: 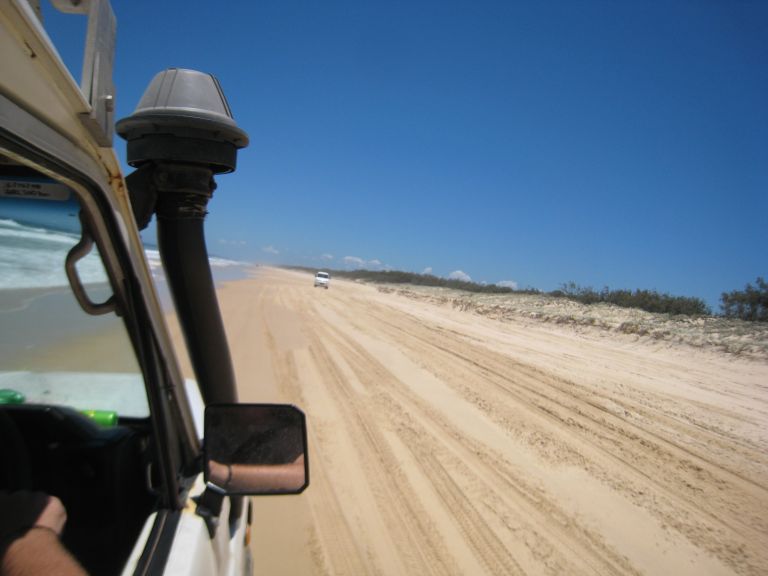 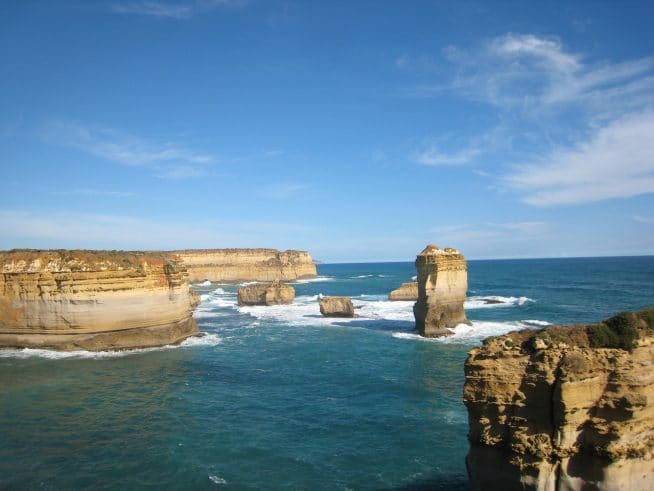 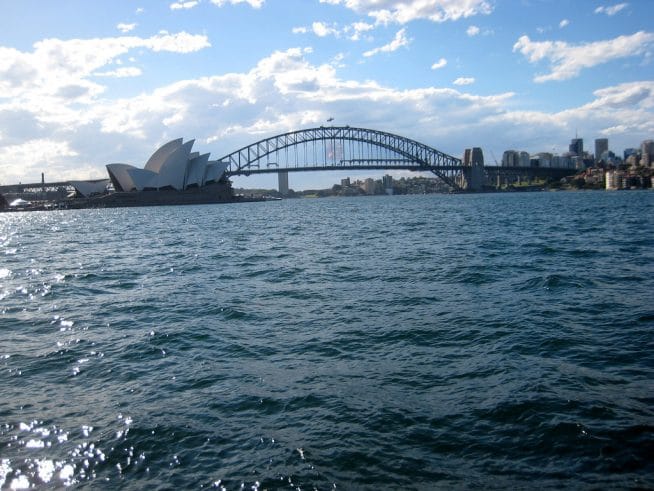 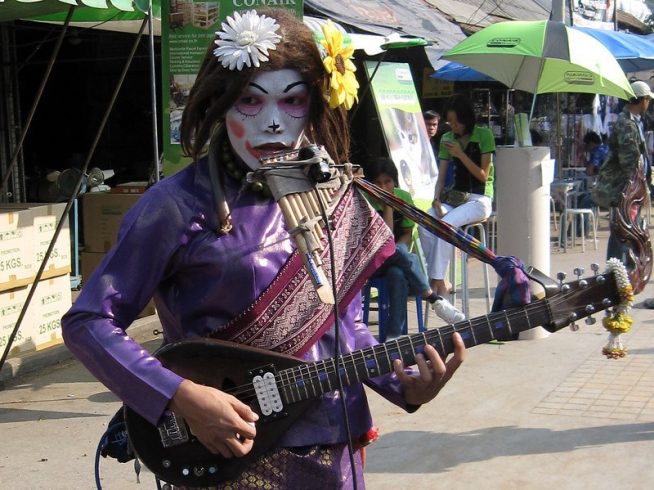 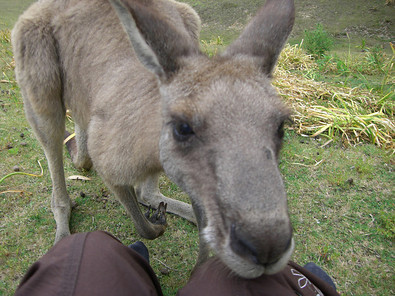 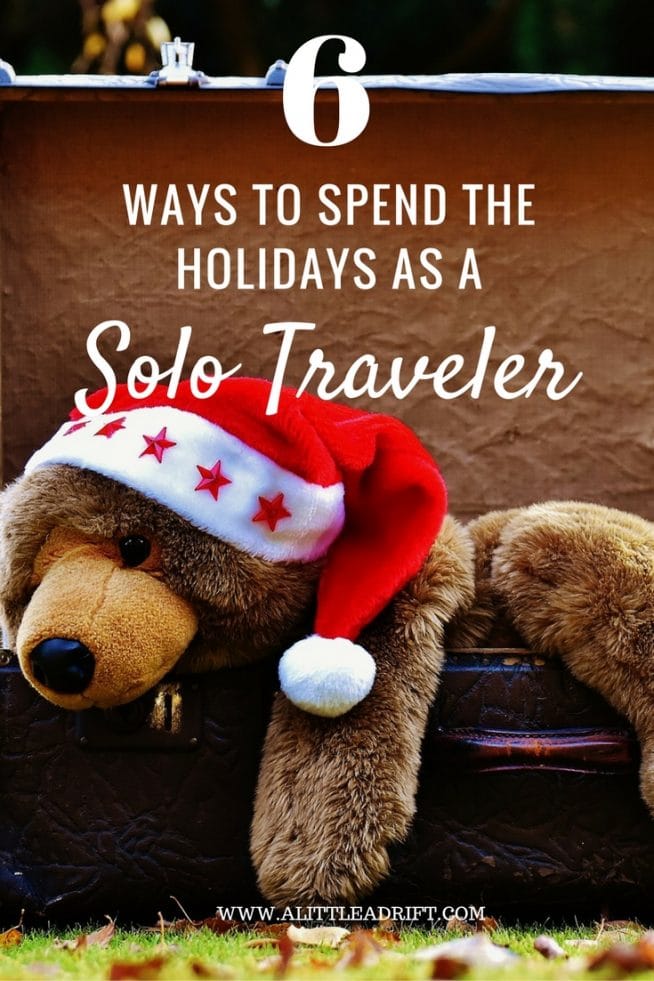 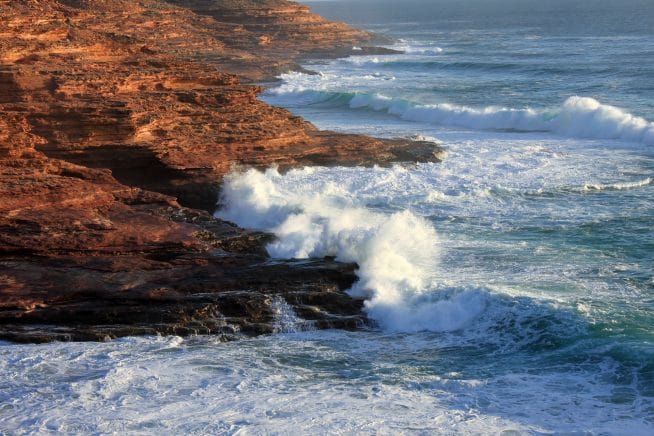 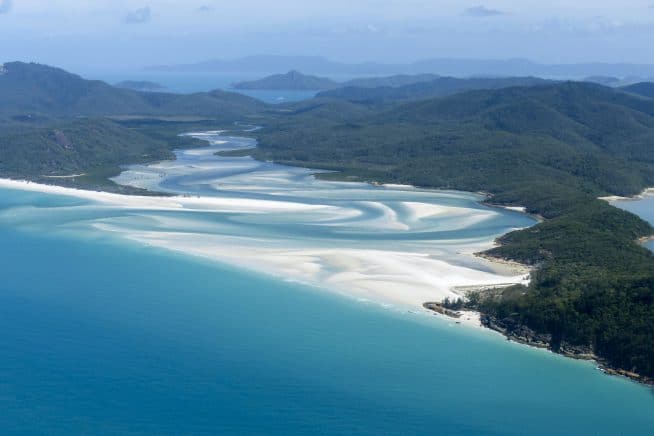 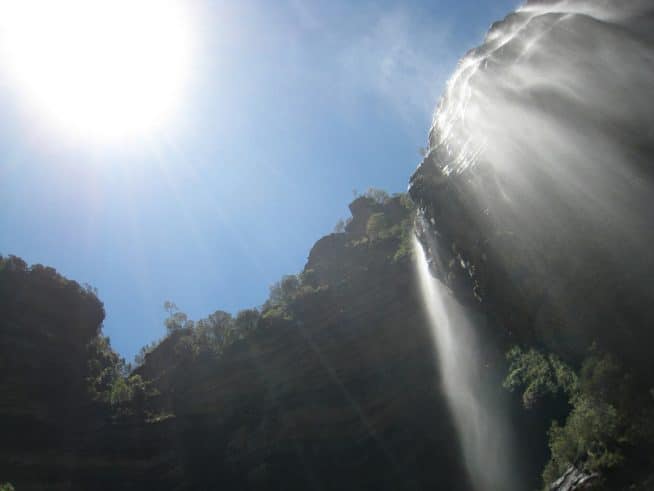 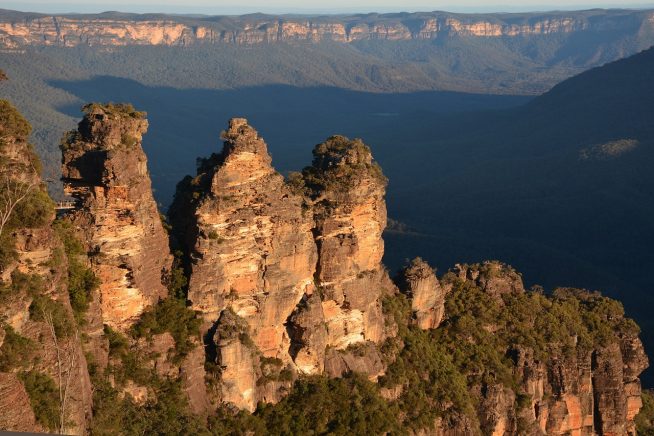 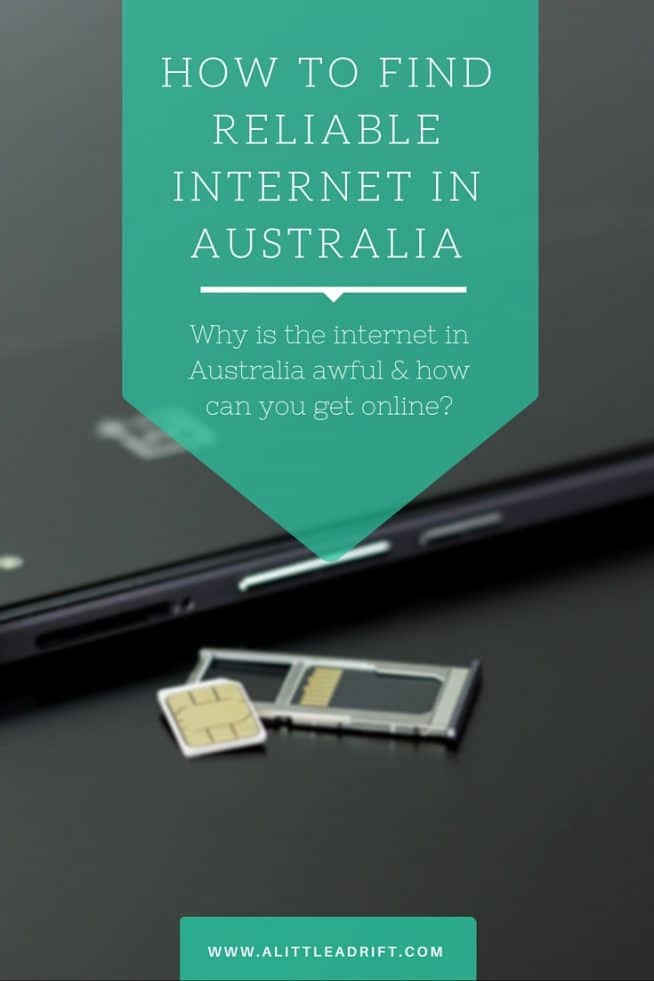 Read More A Little Internet… Why is the Internet So God-Awful in Australia? (And How to Get Connected) 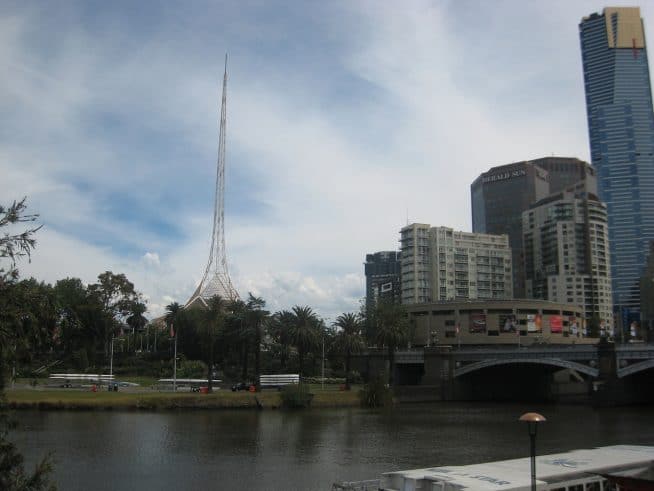 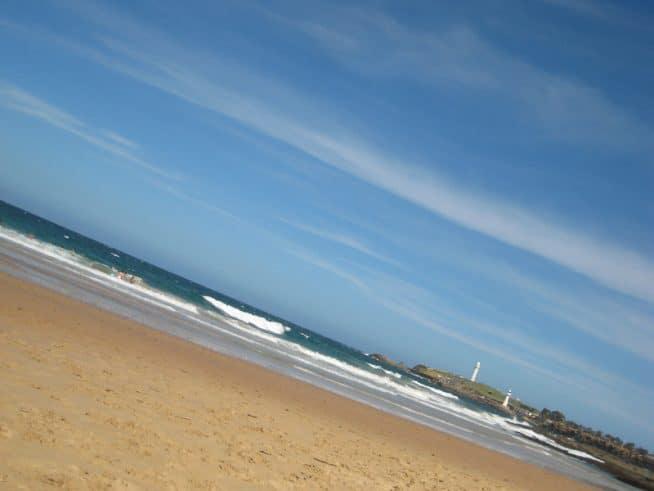 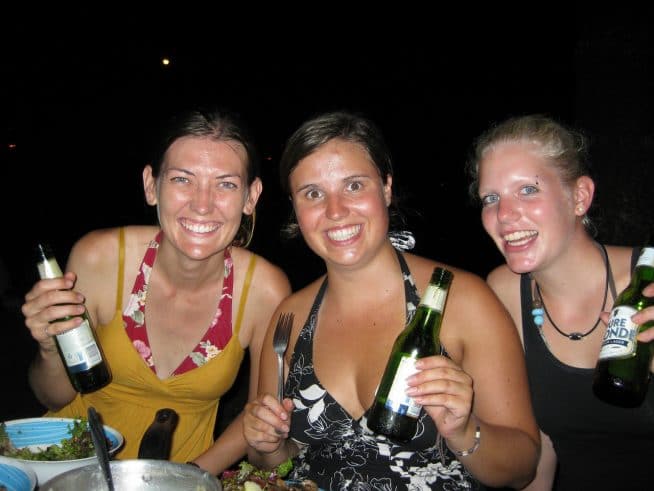 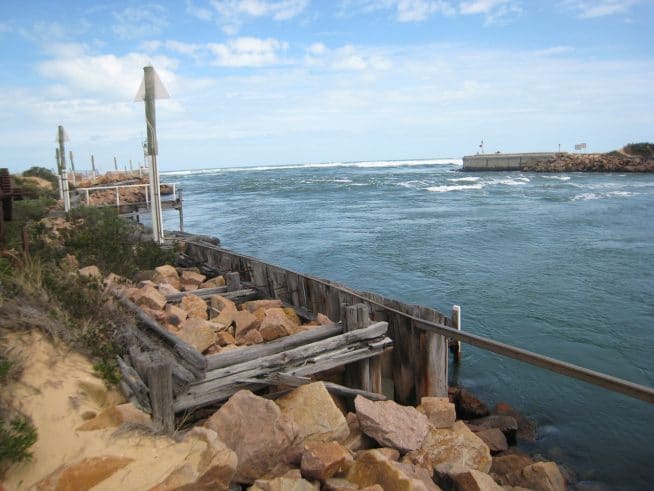 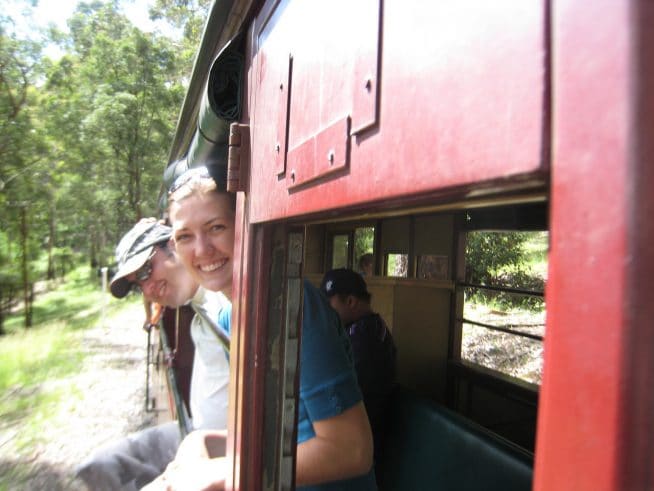 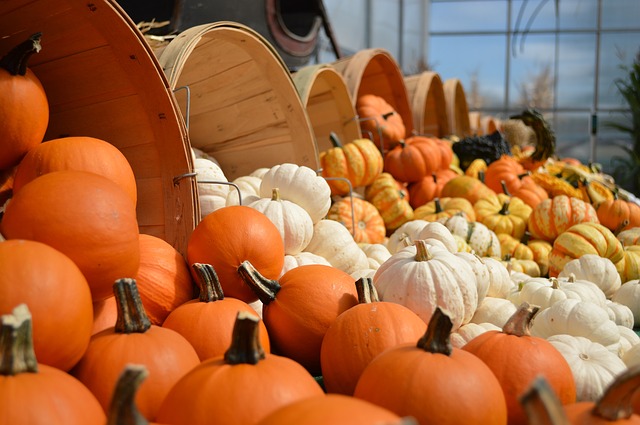 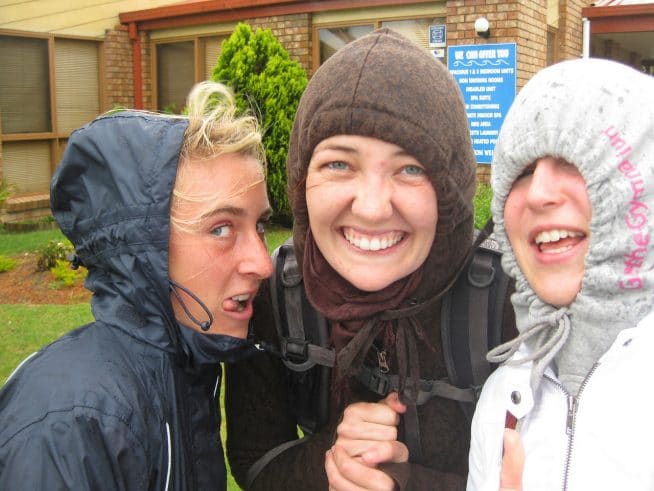 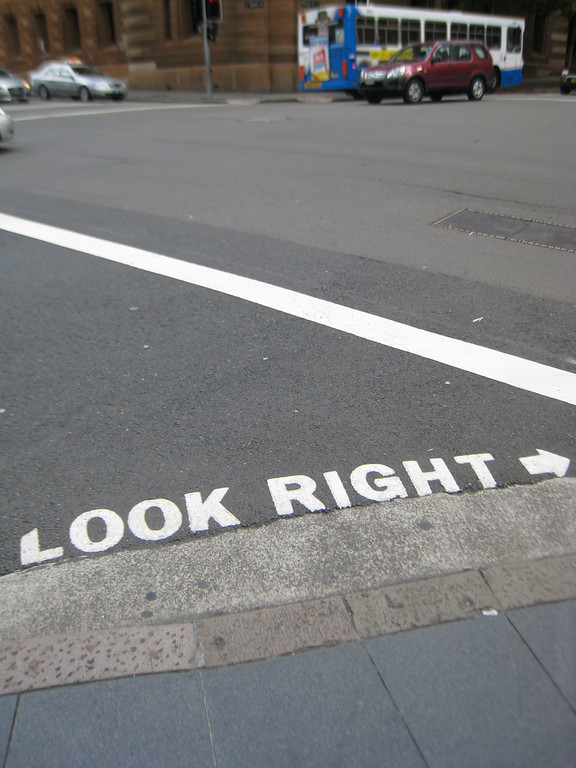 Read More A Little Anecdote… Honing My Survival Skills on the Streets of Sydney, Australia 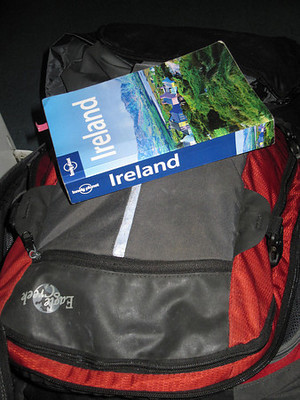 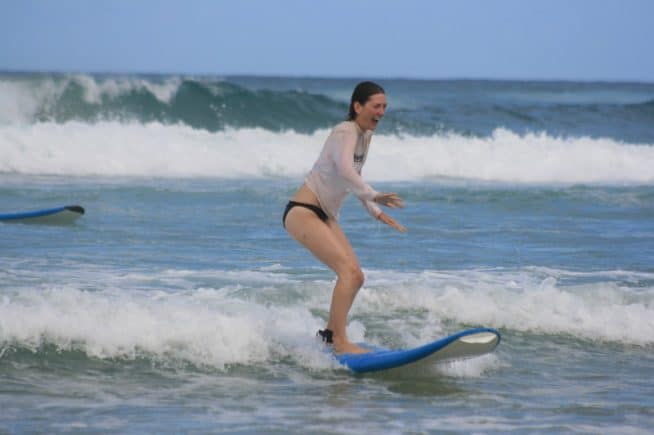