The sky is lit with fiery fingers of color, the dense humidity and the clouds pulling the saffron flames across the sky. Zanzibar does not disappoint. I arrived last week in the wake of my safari, I needed a base for two weeks to work on a few new assignments and all signs (and recs from readers) pointed here as the best option in the region. Thanks, it’s beautiful.

On Safari: Spotting the Big Five

My week, though, started in the north of Tanzania, and the prevailing chain of conversation centered on the wildlife and Africa’s Big 5 animals. Travelers suss out which national parks everyone visited and what they saw, all in the hopes of finding the elusive faces of some of the most magnificent animals on the planet.

As a lone traveler, I was afraid that traveling off-season was a bad idea. Not wanting a package tour of the region, I had the unenvious task of finding a group willing to let me tag along, otherwise the cost of the safari would be too steep.

Lady Luck was feeling friendly this month—and quite frankly that was a welcome respite after the spate of bad luck last month—with the perfect timing for me to join a group of four Danes visiting in a college field-work program. I donned my wide-brimmed hat and threw my lot in with them for the four days and three nights of safari-ing. 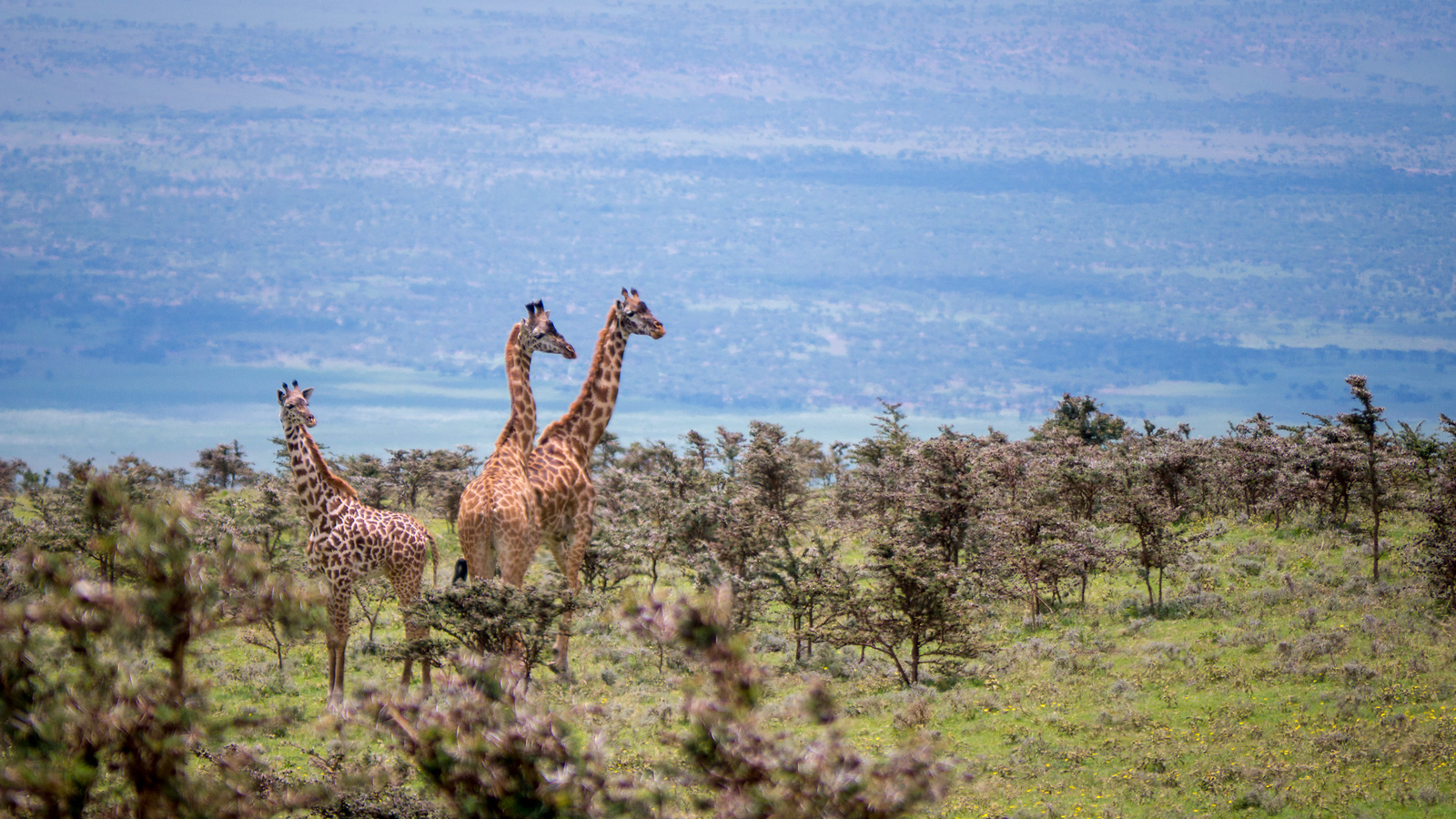 Majestic baobab trees dominated Tarangire, the tree bark worn away from the park’s many elephants satisfying their itches on the tree trunks throughout the park.

Cheetahs and leopards stalked through the tall grass of the Serengeti, their bodies sleek and fit from mornings spent hunting the thousands of impalas and gazelles grazing the plains.

Giraffe, graceful and gorgeous, tottered into our paths, casually munching from trees both tall and short.

Lions rested in the shade of our vehicle, and buffalo stood stoic and unimpressed.

The safari was incredible and awesome in the true sense of both words. April is off-season and we shared the park with just a handful of other safari vehicles, all willing to brave the occasional rain showers for the chance to sight these beautiful animals in the wild. With 2000 photos to process, it took a while but I have a proper photo essay of my time in Tanzania’s wilds.

A rich and complex history in Zanzibar

These two weeks in Zanzibar are a study in the blending of cultures and religions as history chose to throw a wide mix of influence on this tiny island in the Indian Ocean over the past 100 years. The Arab slave trade converged on the island, with the historic Stone Town as a primary staging ground. Also making an appearance in the island’s history were the Portuguese, British, Persians, and Indians, among others. The result is a chaotic mix of narrow, intricate corridors, mosques jostling with buildings of British and Arab architecture, and giant wooden doors that will forever stand out as my strongest memory of Stone Town.

In present-day, the island is an eclectic mix that has created a fierce island pride native Zanzibari. Though they are Tanzanian by passport, rumblings around the island insist on a need to separate from the mainland and take back their farms, trade, and island identity.

Conversations hum with the laid-back cadence native to island life anywhere in the world, and locals are just as likely to share a cheery greeting as they are to pull up a chair and sit for a chat. A week into my time here and I have yet to find a resident who doesn’t smile with pride and ask, as they always do, “So you like Zanzibar?” A question for which there is but one answer they expect.

“Oh yes, you live in paradise,” I always reply.

I am traveling back to Kenya this weekend to visit a cultural project, the Maji Moto Masaai camp, which came highly recommended. Scarce internet means I haven’t yet compiled my planned guides to local projects along the way, but if you’re looking for an ethical safari or Kilimanjaro trekking company on a mid-range budget, TPK Expeditions comes highly recommended. It’s operated by a Tanzanian and Canadian women duo committed to paying their guides fair wages and giving opportunities furthering their education.

Speaking of Kilimanjaro, I am saving the climb—the highest peak in Africa—to trek with my dad. Traveling through Panama last summer, my dad mentioned he would love to start retirement by climbing Kili. I’m holding him to it and hopefully in the next few years we will make it happen!

48 thoughts on “A Little Adrift… Dispatch from Africa: From Sand to Safari”