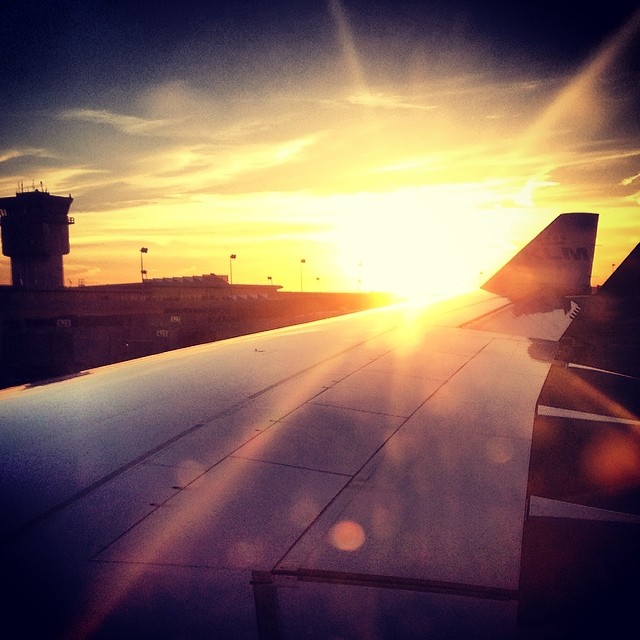 It’s been a whirlwind first week here in Africa; after 40 hours in transit from Washington, DC to South Africa, a fellow travel blogger—and friend—met me with a smiling face and a plan at the Johannesburg airport. When we first noticed our travel plans matched up we decided to team up for a South African road trip before I head out solo.

These next few months in Africa are a new adventure for me as I head overland in search of grassroots, local-level enterprises, so this marks the first dispatch in a new weekly series on the site that will share some of the quick impressions, smaller anecdotes, and updates on my route. I often overlook the details in the stories I craft, but emails over the years indicate that these missing nitty-gritties baffle some readers. In a story, it appears as though I magically appear in a new place. The reality is often hours of bus rides, plane flights, rough hotels, endless negotiations for vegetarian food, and a lot of days spent getting lost and asking many questions (which already baffles Gary—I am forever stopping random strangers and asking for help!).

I finished my first week on the continent of Africa. First impression: It’s enormous. I over-estimated my ability to travel north in a mere four months. Africa looks large on the map, but the reality on the ground makes it ever the more evident. And a roadtrip? Well, it drove home the point even more so.

The initial plan was to go overland up through Africa toward Kenya until June, but that seems less likely now that I’ve seen that our 20+ hours of drive time this past week took us through hours of unpopulated, shrubby flatlands broken up by an occasional hill or a massive field of sunflowers. And we haven’t even crossed half of South Africa. Vast, anonymous distances separate the larger cities; if you’ve ever driven across Texas for 10+ hours, this is akin to that. It just never ends.

A welcomed break in the monotony came from a side-trip to the Kingdom of Lesotho, a separate, landlocked country lying like a pebble tossed on a map of South Africa. The landscape erupted from the red plains and this tiny country is mountainous and culturally very different. Few white South Africans seem to live there, and shepherds wearing blankets and traditional hats tended their sheep along the roadside. After hours of seeing few people, driving into Maseru, the capital, was an explosion of lively food vendors, chaotic streets, shouted “hellos” followed by vigorous waving, and rapid chatter in Sesotho.

We spent just a few hours driving through and lunching in Lesotho; one day I’d like to return and explore more of the mountain towns—our micro car doesn’t have the engine power to make it there this trip.

I jumped ahead though, because before driving south from Johannesburg, we caught a flight to Zimbabwe and spent a weekend exploring Victoria Falls, which straddles the border between Zimbabwe and Zambia.

Initial impression of Zimbabwe: expensive, easy and friendly. Outside of Vic Falls, I hear the prices are more on par with other regions of Africa, but we visited in the off-season and only a few, expensive restaurants were open this time of year. Another thing that surprised me, and I may be naïve, but English is truly a default language in this region of Africa and I loved having the ability to chat and ask heaps of  questions. Lots of readers fear the language barrier, but here, as with other places, it’s often a non-issue. Our focus was visiting the falls, which are spectacular. I could wax poetic over the Victoria Falls, but the word “spectacular” sums it up nicely. I’ve never visited any of the other major waterfalls in the world, neither Niagara Falls nor Iguazu Falls, but even so, this waterfall rates.

Vic Falls is also called Mosi-oa-Tunya, which translates as “The Smoke that Thunders,” a very fitting name if you visit in the wet season when you’ll witness the largest falling sheet of water in the world as the Zambezi River pours through the gorges.

One thing of note, and if I had done my research perhaps I would’ve known, is that this is the rainy season for Victoria Falls.  So, while the Zambezi River is gorgeous and full, much of the falls were completely obscured by the dense mists created by the gushing water. Actually, mist is a bit of a misnomer, at points it was as if we were walking through a full, mid-summer Florida rainstorm as gusting winds lifted the water from the gorge and into the viewing areas. There are a few things, like rafting and swimming in the river, I would have liked to have done, but opted not to this time around—I’ll be back in dry season one day!

Also, we visited both sides of the falls, which meant a quick border crossing for the afternoon. And while Zimbabwe claims most of the falls viewing areas, both sides are worth a visit because Zambia offers gorgeous viewpoints of the falls from a bit further back. If you’re in the region, I’d suggest doing both.

This week Gary and I finish our drive down the coast. Although we’ve been moving quickly, we also stop at each and every UNESCO World Heritage site in South Africa — Gary’s goal is to visit every sight in the world. We will end our road-trip in Cape Town, with a stop at Robben Island, the Cape of Good Hope (and Cape Agulhas where I’ll reach the southernmost tip of Africa!), and topping it off with a visit to the iconic Table Mountain. Then, I fly solo for the next few months as I move north; I have a lead on a Cheetah Conservation Center outside of Cape Town I plan to check out, and some readers shared projects in Namibia as well—I’ll share more details as I start researching these grassroots projects in the region.

More soon, I have a photo essay of Victoria Falls coming this week!

22 thoughts on “A Little Adrift… Dispatch from Africa: The Road Trip”