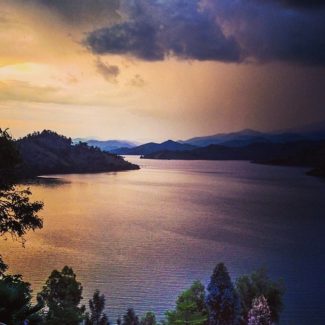 I pen this now from a coffee shop at Nairobi International Airport, several hours out from the flight that will take me home, back to the United States and into a new journey over the summer months as I attend weddings, speak at conferences, and visit old friends.

My website was blocked these past weeks as I traveled through Rwanda, and so, apologies for the gap in dispatches—this is the last I will write from Africa.

I am ready to leave.

This is not always the case as I board a homeward bound flight, but while I loved much of my time in Africa, the travel grows weary on me these past few weeks—I added another bout with serious traveler’s sickness to my already long running list—and I am looking forward to a bit of down time before planning some travels this fall. Several years ago I penned a piece about going home called a A Little Love Letter… On Travel and Leave-Takings. It’s still a favorite of mine, and much of that still holds true on this leave-taking. Friends have had babies these past few weeks, other friends planned weddings this month and I look forward to attending, and too, my niece Ana is begging for me to return and scoop her up for some sort of adventure—even a stateside adventure is “acceptable if necessary” according to her.

Fun finds at the morning market. The baskets full of beans and local veggies made for a pretty arrangement and made wandering Kampala’s small markets are the more fun.

More morning market funsies. I found huge avocados for 20 cents (bought two), veggies galore, and this pretty presentation of beans and sour green thingies (upper left corner, no clue but reports are they are bitter).

And so, I write these thoughts with less nostalgia than I would have guessed going into a long-haul flight taking me back to America. Less nostalgia, but no less appreciation and gratitude for the experiences afforded to me these past four months. There are countless new friendships that shaped my time on the continent, and some of the most incredible wildlife experiences our planet can afford. It’s been good. And so, onward with the final dispatch covering a bit about Rwanda these past few weeks, as well as some of my travel plans and the cities I’ll visit throughout the summer months if you’re keen to meet up!

On Traveling Through Rwanda

Rwanda caught me by surprise. Many nations have a nickname, and as I passed from Uganda, the “Pearl of Africa” into Rwanda, the “Land of a Thousand Hills,” I was unsure of nature of the country I would find on the other side of this new border crossing. The diversity of each country in East Africa has surprised me, though they share borders (some borders that seem quite fluid if you look far enough into the past), the modern versions of these countries have strong national identities and cultures unique unto themselves. Rwanda is no exception, and the visible cues that I had switched countries were as noticeable as the change in demeanor.

Women in Rwanda head home at the end of the day, walking up a tall hill with their goods.

Street scenes from Africa. Walked to the edge of Lake Kivu and found fishermen drying their nets on the shore, women transporting fish in buckets in their head, and the streets were filled with the beautiful sounds of church goers raising their voice in song.

The sweeping beauty of the landscape is the first sign you’ve entered a new country. Though Uganda shares topography with Rwanda, Rwanda’s fierce dedication to keeping up appearances manifests as a countryside free of plastics blighting the hills and gutters. My bus rocketed through the countryside at sickening pace, taking turns I was sure would tip us, and the cleanliness of each new village we whizzed past struck me as different. Women walked the roadsides with their goods balanced on their heads, children snapped to attention, hollering “mzungu” at the top of their lungs and waving with unbridled enthusiasm.

The beauty here struck me so strongly, perhaps, because of the country’s past. Beyond the fact that you can track gorillas in the wild here (which I did not, though I did see monkeys in one of the other forests), the country is most notable in the global consciousness for the horrific genocide back in 1994 that took the lives of roughly a million people in the span of just 100 days. Over the past three weeks I zigzagged my way across the country from the gorgeous Lake Kivu, which forms a partial border with the Democratic Republic of Congo, to the high peaks near Virunga National Park, home to several extinct (and active if you’re on the DRC side) volcanoes.

Throughout, Rwanda’s beauty was staggering. Terraced hillsides sidle up against lush forests containing some of the richest biodiversity in Africa.

Storms rode in from the east with rains and spectacular lightning as the sun set over Lake Kivu with layers of misty mountains far into the horizon.

Storms rode in from the east with rains and spectacular lightning as the sun set over the lake with layers of misty mountains far onto the horizon.

The air thinned as we climbed higher and the sun peaked from behind the clouds to reveal the tip of Mount Muhabura, an extinct volcano in Rwanda. #sopretty

At busy market in Musanze, the women in the back are using giant mortars and pestles to pound herbs into a flavorful paste used in cooking. The country is a place of many seeming contradictions. The vibrant colors and rapid pace of business suffuse markets, and yet below the surface a practiced calm and laid back demeanor persists.

Joined an impromptu game of jump rope after seeing a group of girls playing in the rural outskirts of Kampala, Uganda. Spent 45 minutes jumping with them and spinning the rope. Such fun, and every time I messed it up they just laughed and laughed. Found these videos on my phone much later after I remembered I had handed it to one of the boys in the group. I particularly love the little faces that come up to look into the camera.

On Traveling with Friends

These past three weeks were also special in that I threw off my solo travel mantel and teamed up with the loveliest blogging couple I know, Dan and Audrey from Uncornered Market. When we realized we would both pass through Uganda the same week, and could then easily align our Africa travels, I jumped at the chance to tag along—and tag along is exactly what I did since Audrey is an amazing travel planner and plotted out the important parts of our joint travels, allowing me to transition into “blindly accept and follow” mode for several weeks.

We talked over drinks in Jinja, Uganda, laughed as the wind whipped our faces on our tour of Kampala via motorbikes, colloquially known as boda-bodas, and survived an eleven hour mostly food-less bus ride into Rwanda. We headed straight to the gorgeous blue waters of Lake Kivu, where a friend of mine from Thailand (who is now working in South Sudan) joined our motley crew.

To say that having friends here was a lovely way to end this trip is an understatement.

Not a picture of my friends, though we did goof around like monkeys at times. This family of Vervet monkeys posed for me in the trees near Rwanda’s Nyungwe National Park.

Happened upon a cute family of Vervet monkeys in Rwanda’s Nyungwe National Park. The baby was barely old enough to climb the trees on his own.

As always, I have no clue where my next plans will take me—I dream of visiting Bangladesh and exploring more of India. Ethiopia was a purposeful oversight on this trip as I would love to dedicate an entire month to exploring the deep history there. Or, as always, the Spanish-speaking regions of the world beckon as a potential home-base for a more grounded six months exploring a region.

What I do know though, is that I will be in Los Angeles next week for a wedding, then home to Florida for another wedding. July kicks off in Portland, Oregon for the WDS conference, and I’ll head to Seattle just after that for a couple of weeks. I am speaking at a conference in Atlanta late July, then on to NYC for the beginning of August. If meet ups in any of those places sound good, leave a comment or reach out on the Facebook page to let me know!

As always, thanks for the support these past months!